Touch: Photography and frottage as indexical forms of drawing 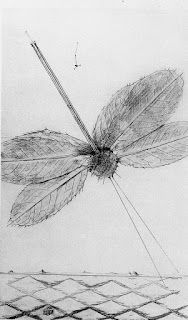 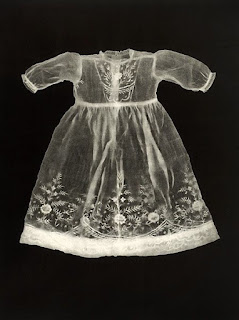 1.
the technique or process of taking a rubbing from an uneven surface to form the basis of a work of art.

2.
the practice of touching or rubbing against the clothed body of another person in a crowd as a means of obtaining sexual gratification.

1.
the technique or process of making a photographic image without a camera by placing objects directly onto the surface of a light-sensitive material and then exposing it to light.

Both these techniques above rely on the direct contact between two surfaces, or 'things coming together'. Some of my recent posts have suggested that if we used object orientated ontology as a lens with which to explore how the materiality of drawing could lead to a less human centric way of thinking about theory, we could create a better balance between meaning as something that only applies to human lives and meaning as something that is applicable to the totality of all experiences, be these animal, vegetable or mineral. It is though very hard to avoid putting human feelings at the centre of the struggle for meaning. The fact that psychology is now such an important theoretical driver, makes it impossible for me to avoid seeing the relevance of the second definition of 'frottage', to the sexual associations we have with touch. A photograph is usually associated with theories of the gaze, the 'male gaze' being one that treats female subjects as objects and this is at its clearest perhaps within the realm of amateur photography, where I am amazed to see that photographing the female nude is still seen as an important genre, one that often comes under the heading of *'tasteful nudes'. Sight and touch in these cases become conjoined. The 'distance' that light has to travel to get from the subject via the camera lens to the light sensitive surface is in effect diminished by the need to touch the surface of the model's skin. 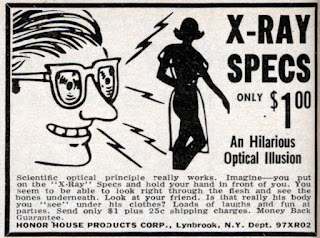 The drawing above from an old newspaper ad for x ray specs sums up the psychology of the situation, "Is that really his body you "see" under his clothes", the text works as an attempt to divert attention from the reality behind the drawing.

The feminist artist Nancy Davidson in her early works dealt with the recorded gestures of her body. In one such piece she used frottage by having her bodily weight transfer the patterns of the wooden floor underneath her to strips of paper. The resulting work was a record of touch formed by her body and the floor’s surface. These processes allowed her to touch another object without having to be touched by the 'male' other, she in effect was taking control over how touch could be conceptualised. Her images becoming both traces and signs. (Compare with the Anthropometry work of Yves Klein)

Alan Sonfist’s Earth Mapping of New York City is a charcoal drawing that is also both a trace and sign. A trace is something inscribed by the artist’s direct physical presence, while a mark is a sign placed with deliberate intention. The drawing is a rubbing of pine needles and dirt that suggests the composition of the New York City landscape long before it was inhabited.  The drawing as you spend time looking at it transforms into a landscape with its suggestion of depth, mountains, and even animals or figures in action. 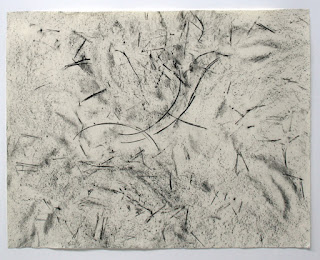 Adam Fuss's photogram's are also traces and signs. However they also suggest a relationship with spirit photography. His ghost images of clothes suggest a similarity with those early photographs which were often in reality double exposures. Because of photography's newness and because unsophisticated audiences had no awareness of how these images were made, these photographs had seemed like strange magical records of the spirit world. The direct touch of the photogram as a technique being read as something from beyond the grave, a process that was supposed to be about an indexical relationship with reality, was read as a type of doorway into the fantastic. 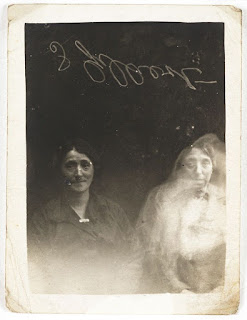 I'm rambling again, but only to search for a series of connections about how traces and direct contacts with other surfaces can lead to a variety of readings, which can on the one hand make us more aware of the material nature of image making but on the other of how other humans will read into anything narratives of their own experiences, a direct touch being associated with being alive and by extension an awareness of sex and death.

Bruno Latour suggests that 'resistance' is the first mark of the real. In the case of a drawing the paper resists the attack of the charcoal. This is the material aspect of every situation. "Availability' is seen as the second mark of the real. 'Reality' according to Latour is itself defined by an oscillation between 'resistance' and 'availability'. 'Availability' is a tangled series of interconnections that sets out the framework within which the real comes to be. As Miller puts it each object comes to be what it is "through the difference it creates in resisting others". The trials of strength and weakness between 'availability' and 'resistance' are finally resolved by "how the multitude of links that an object has passing through it are stacked in relation to one another." (Miller, 2013, p.52) In the case of a charcoal drawing, the passivity of the charcoal allows it to be shaped into forms that can be linked into a complex series of links with metaphorical and other meanings. As things come together one will always be more resistant than another, (a sort of philosophical Mohs scale of hardness) and whatever is more malleable is then capable of taking the form of or allowing an infusion into other things, ideas or whatevers.


For an introduction to the idea of the male gaze see:

Charles Peirce's term 'indexicality' refers to the physical relationship between the object photographed and the resulting image. Paul Levinson emphasises the ability of photography to capture or reflect "a literal energy configuration from the real world" through a chemical process.

*If we look back at the etymology of the word 'taste' we can see that it is intimately associated with 'touch'.