Images of the city

The city is one of the richest environments for artists to live in and as a subject matter it continues to be something that artists find exciting and worthwhile. For you as drawing students it is a subject matter on your doorstep and as an artist myself I use everyday experiences to feed my imagination, and in order to keep new ideas coming I make drawings of the city most days when I walk to work.


It is though hard to make full scale images out there on the streets and most artists rely on sketchbooks and small sketches to build up their image-banks before working up larger scale pieces.  This is an old tradition, but one that can still be very rewarding.


I first came across the drawings of John Virtue back in the 1980s. He had been working as a postman to make ends meet, and as he walked the streets he made small drawings. He was at the time working out in a rural area and so what he was confronting everyday was a landscape of trees and fields, so he developed hundreds of small drawings documenting the experience of these daily walks. He then worked on these in the studio after finishing work as a postman. This is a detail (below) from one of the worked up images, as you can see they are constructed out of small sections, a useful lesson in itself; if you don’t have a big studio space you can still have ambition for your work. 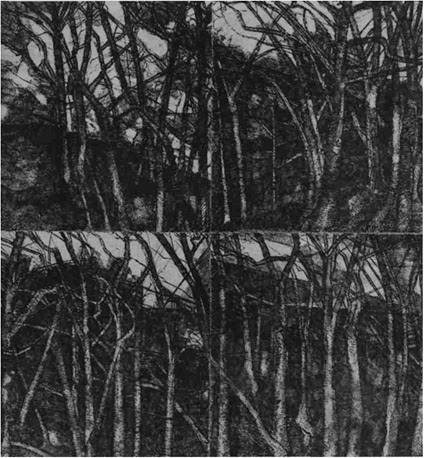 The drawings were mainly pen and ink, but when massed together they had a powerful impact and were a wonderful vechicle for his dark passinate romantic soul. He made his name with these drawings and so he was able to stop working as a postman and become a full-time artist. In 2003 he was appointed as artist in residence at the National Gallery and he continued working as he had always done, by making lots of small drawings and then working these up into much larger images. The drawings (below) are from his sketchbooks and small studies, often done from the rooftop of the National Gallery. As you can see they are fairly traditional in format and mainly concerned with getting basic details down. 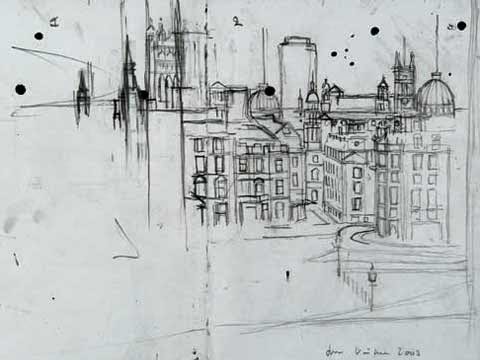 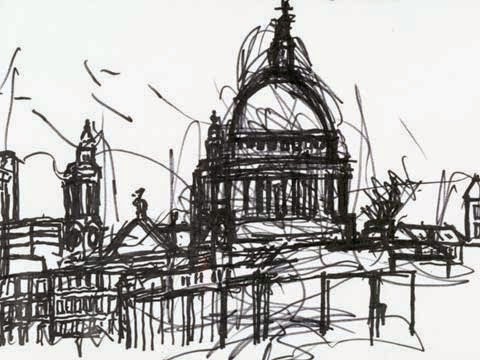 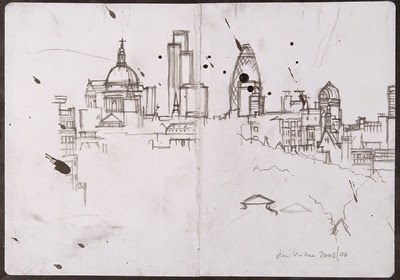 However, once back in the studio, he was able to work these small images up into wonderful atmospheric landscape views of London, his previous experience of making dark emotional views of rural landscapes allowing him to control dark and light in order to orchestrate and open out the information that he had collected in his sketchbooks.
“Drawing is the compost from which painting develops.”
John Virtue 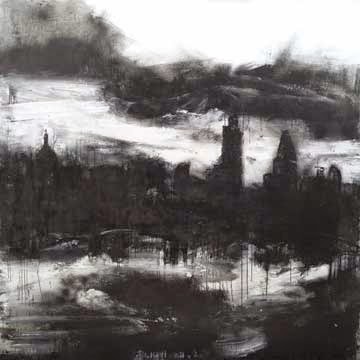 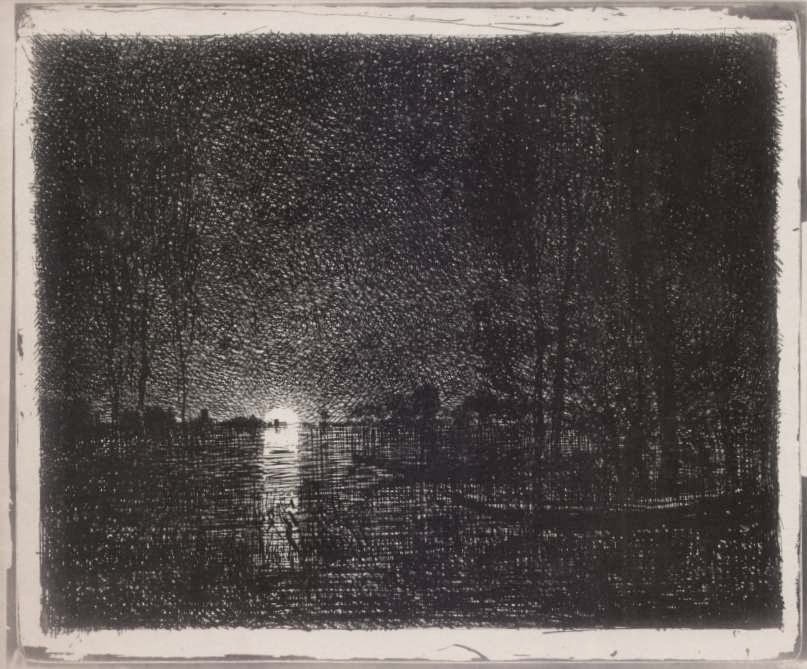 The intense pen and ink cross hatching from this night-time view by Seurat must have influenced Virtue's approach to his early landscape drawings. However one of Seurat's most poignant drawings is for myself his chalk drawn view of the Place de la Concord. The unlit streetlamp becomes a metaphor for the state of loneliness that many find themselves in when coming to a vast metropolis. It is one of those drawings that seem to be about a void or emptiness that we can all at times find in our lives, even in the midst of a bustling city. 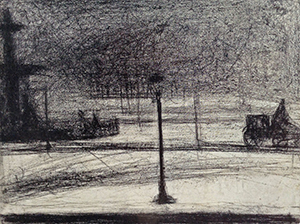 One of the defining characteristics of an English city is that it has to have a cathedral. Denis Creffield, an artist who used to be based in Leeds, at one time toured all the cathedrals of England making large charcoal drawings of them as he went. A cathedral is meant to be the spiritual heart of a city and Creffield’s drawings are an attempt to capture that sense of spirituality that you get as you gaze up into the heights of the mainly Gothic architecture. 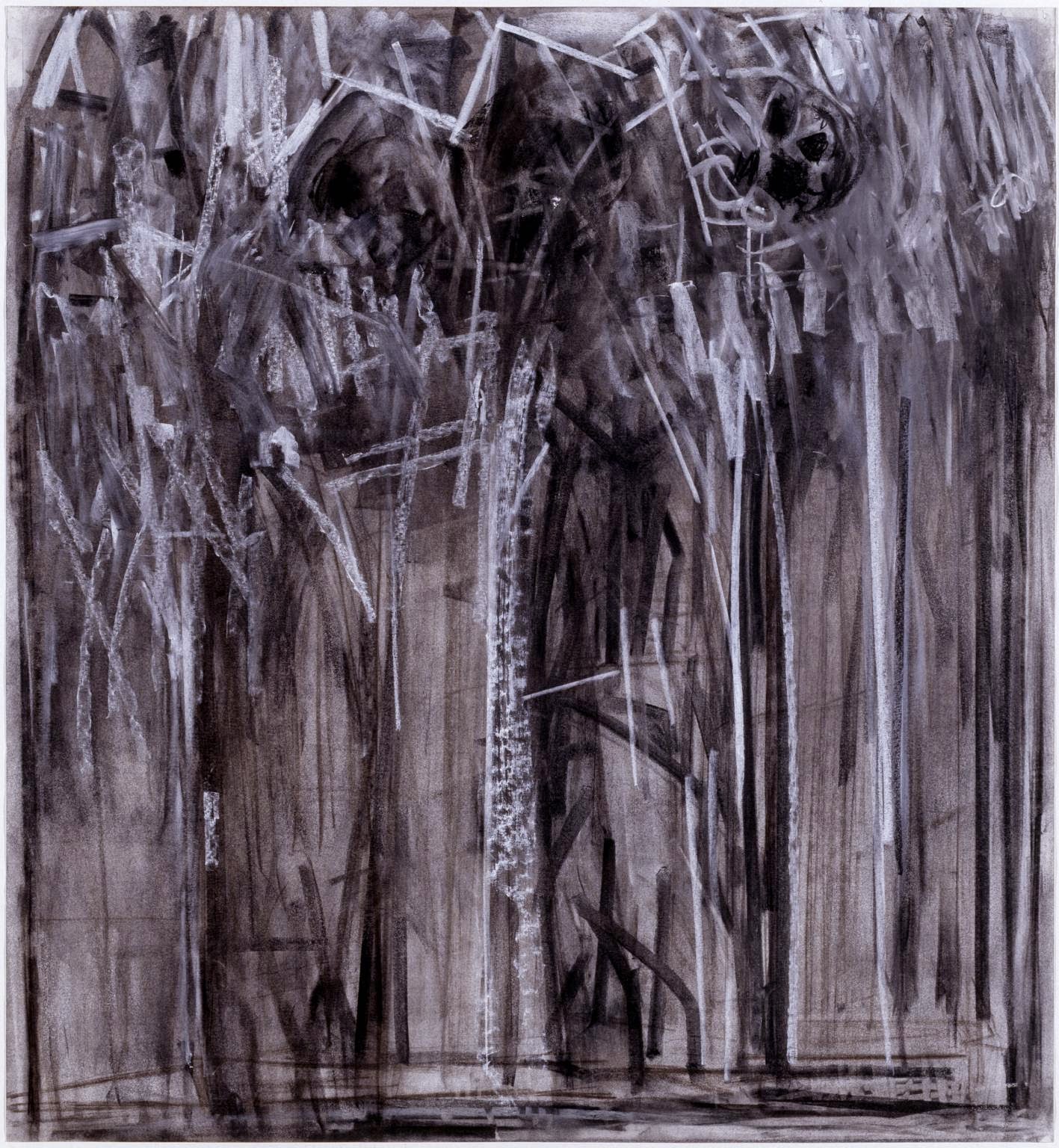 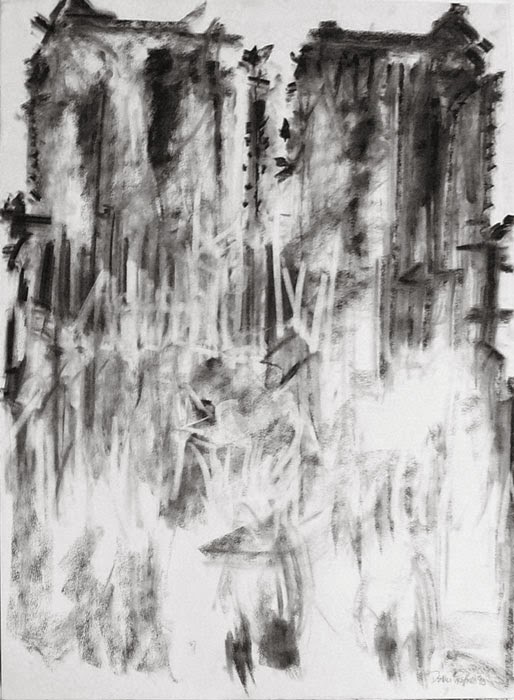 Both drawings above from Creffield's Cathedrals of England series 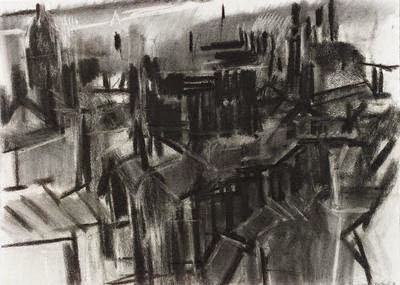 Creffield lived in Leeds for a while and the drawing above is a view over Leeds. You can see the Town Hall over on the far top left.

Leon Kossoff and Frank Auerbach were both like Creffield deeply influenced by the teachings of David Bomberg and you will find many fine drawings made by both artists of the city of London. 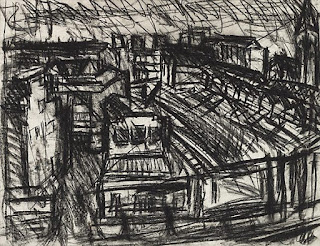 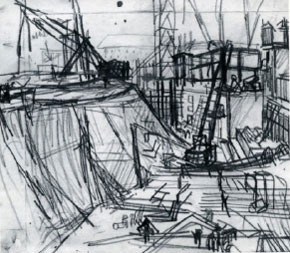 Claes Oldenburg used to walk the streets of New York drawing everything whatever seemed to fascinate him. He had different sketchbooks for the three basic shapes; triangle, circle and square and recorded all the square things he saw in one and all the triangular things in another, and because he wasn’t trying to classify things beyond their basic shape, he ended up drawing everything from drainpipes to cigarette butts. This period of his life gave him enough imagery to build an entire career on. His drawings can sometimes be very technical and at other times quite loose, reflecting perhaps the collision between technology and human life that makes up city living. 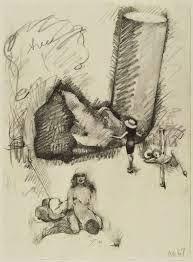 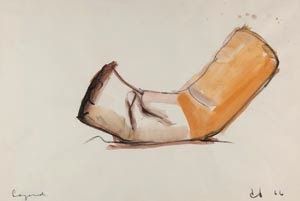 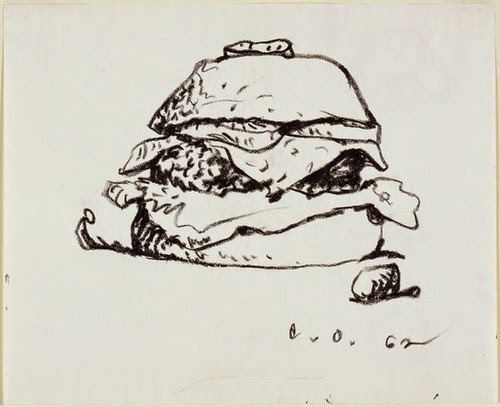 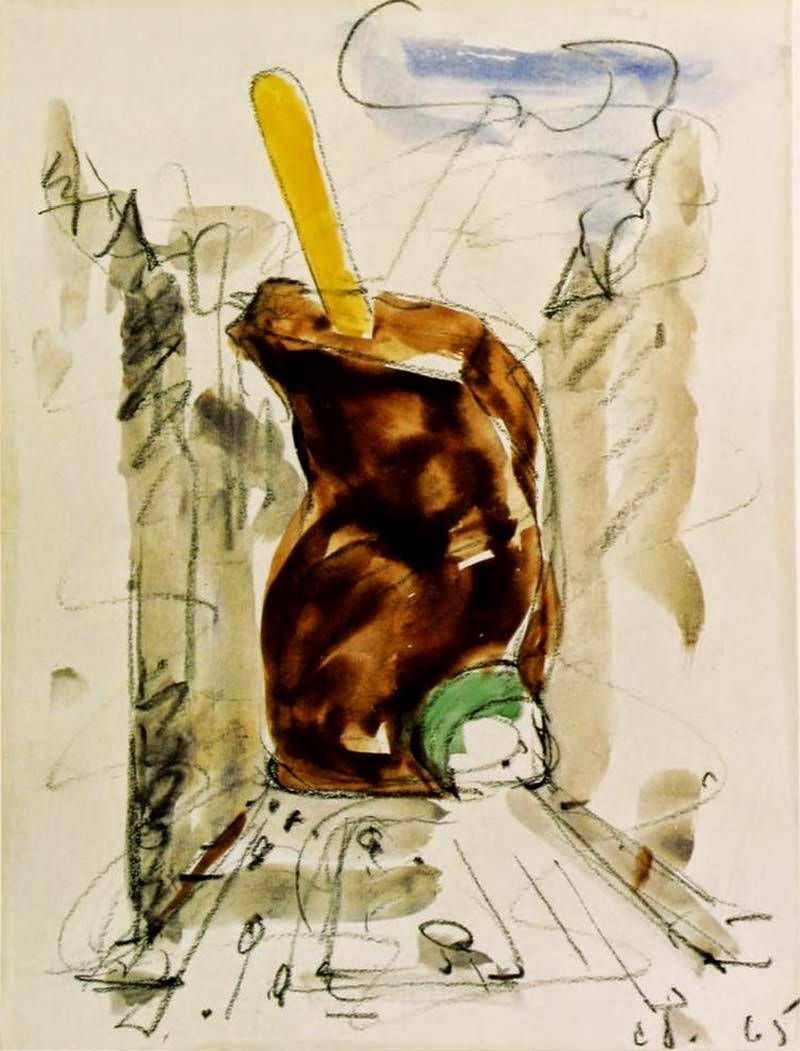 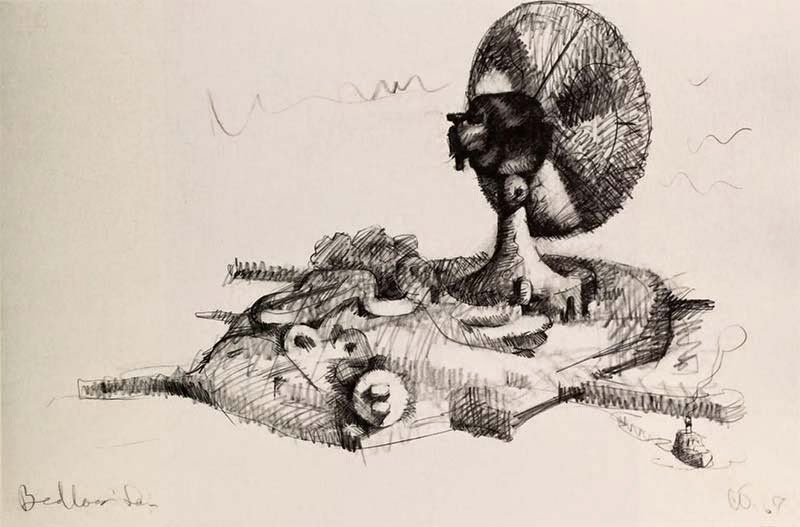 Sandwiches, lollypops, fag butts and office fans, all become subjects for Oldenburg to make images of.
The city is an endless source of information and if you are ever stuck for something to do, just walk out there with your sketchbook. I keep little tiny sketchbooks that fit easily in my pocket, as I walk through Leeds I stop and make notes, they then get either used in larger more complex drawings or simply help me build my visual imagination.

Even bits of earth at the bottom of an old tree can make for something interesting to draw, gradually your brain starts to 'see' things much more clearly, simply because you are exercising it.

See also:
Images of the city part 2
Drawing and the city