Drawing exhibitions on over Easter

Easter is now almost upon us and I'm sure some of you are looking forward to a break. However if you do get a chance, Easter is also a time when you can get round a few galleries and see what is happening.
Here are a few suggestions that are drawing focused, you don't have to go to the actual gallery to be able to look at what is on of course, the internet allows you to browse at a distance, but remember the real texture and feel of a drawing is impossible to reproduce in a photograph.
If you are down in London try and visit The Drawing Room. At the moment they have the 2015 Drawing Biennial on show. (5 March 2015 – 30 April) This consists of 200 contemporary artists’ drawings, drawings that are much more cutting edge than the recent Jerwood show. Find links to the work in the exhibition here. 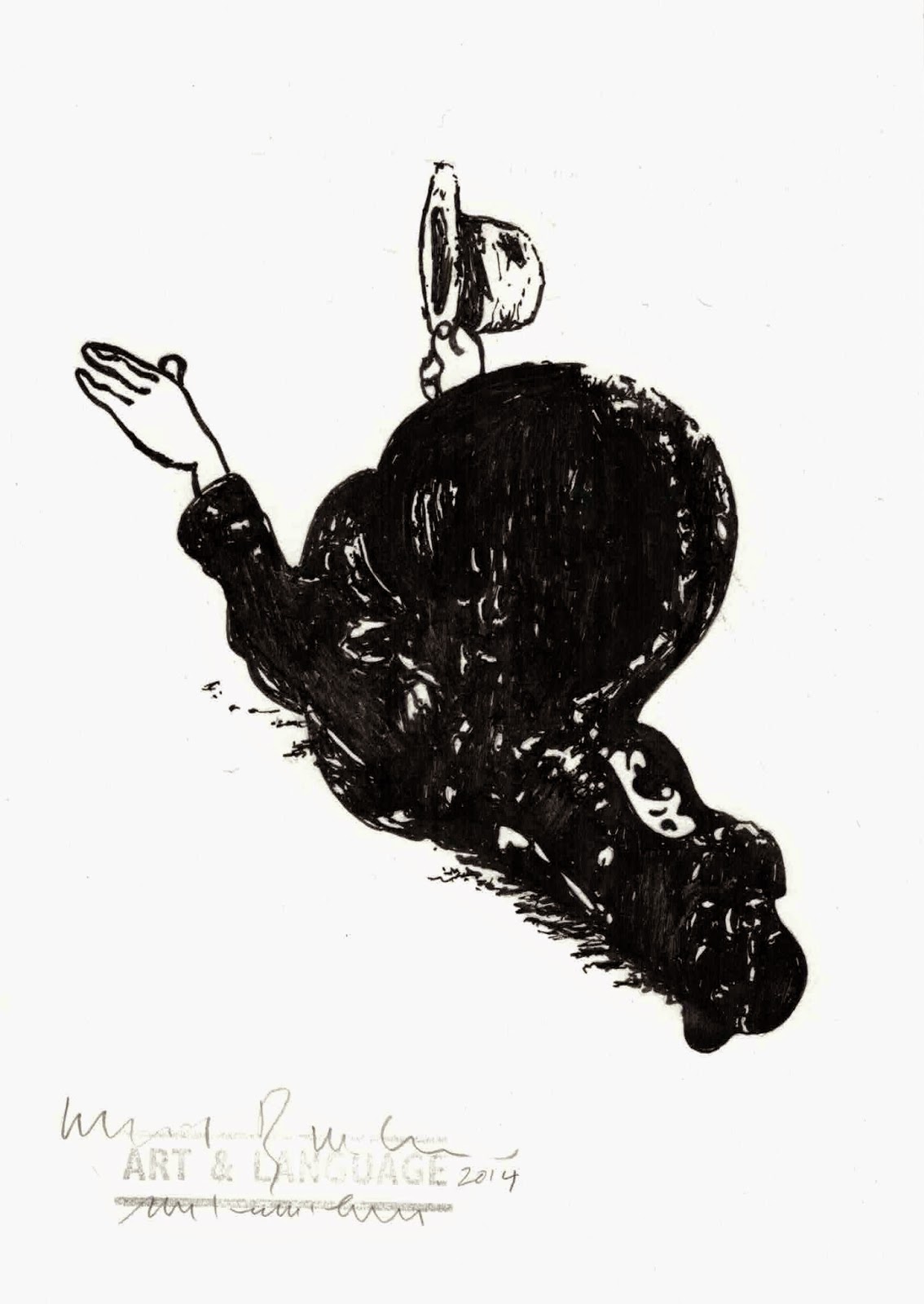 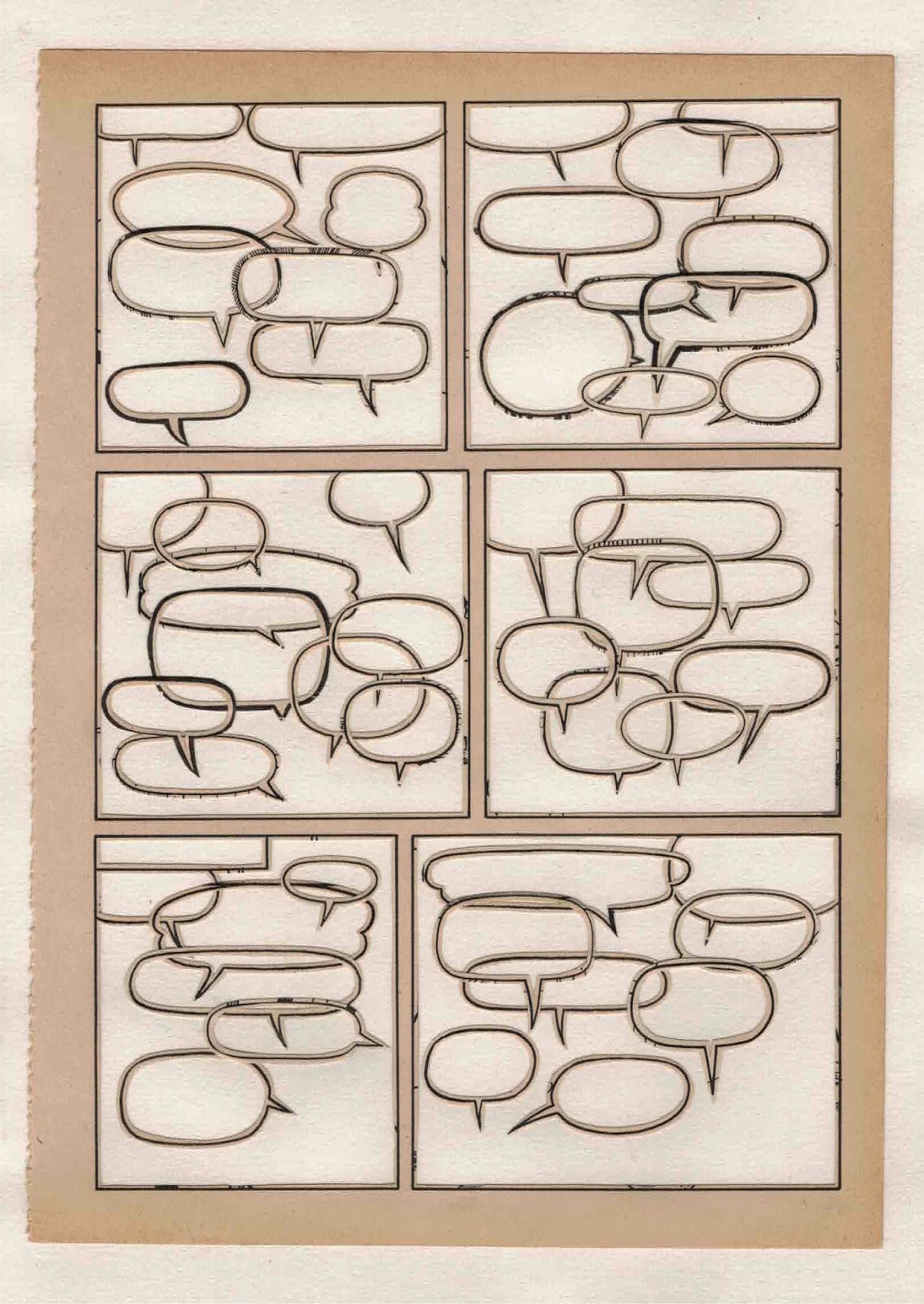 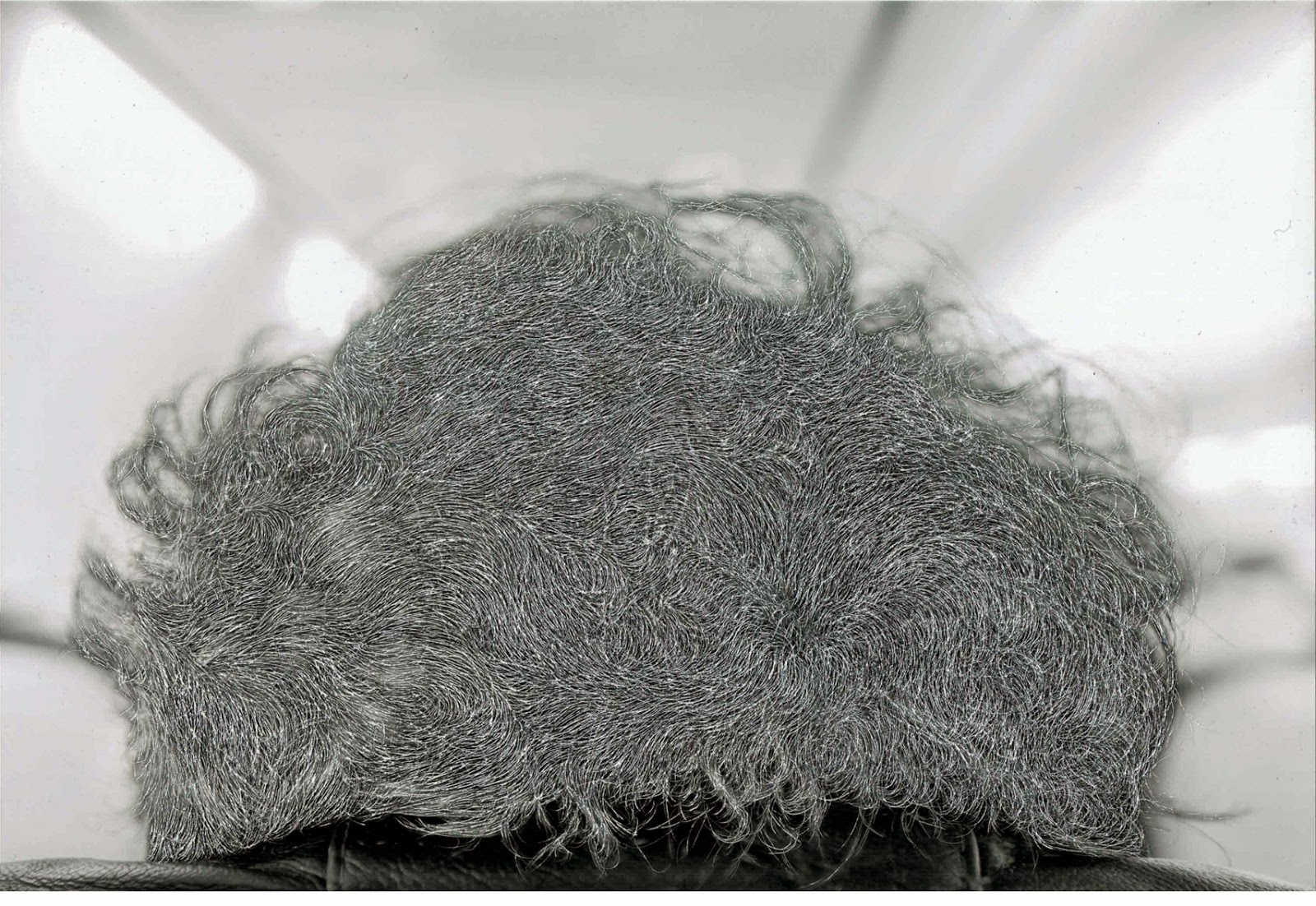 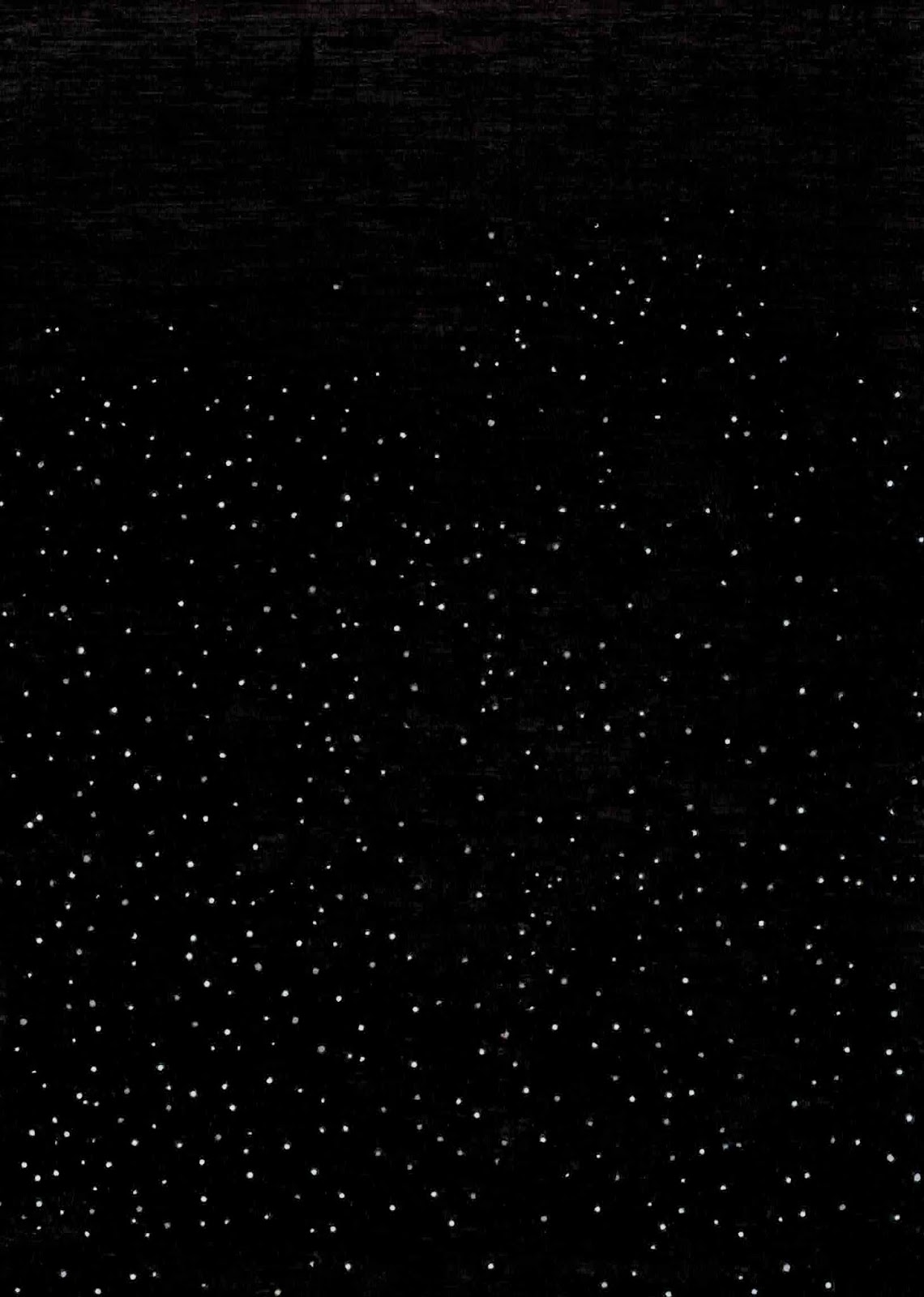 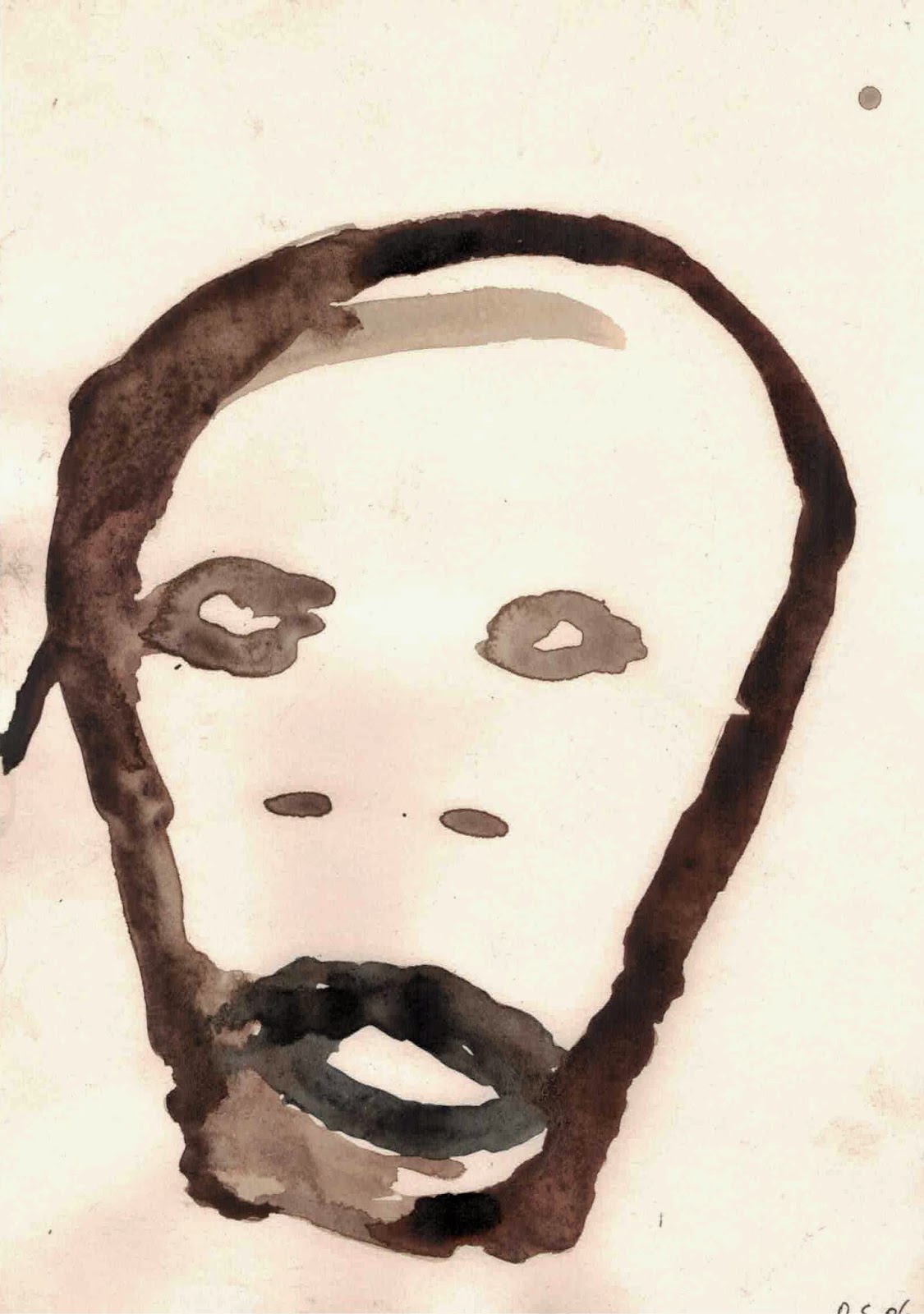 Daniel Silver
The Drawing Room is at:
Tannery Arts,  12 Rich Estate,  Crimscott Street,  London SE1 5TE
Tel 020 7394 5657
www.drawingroom.org.uk
During exhibitions the gallery is open Tuesday to Friday 11am–6pm and Saturday 12–6pm.
On the last Friday of every month they are open late until 8pm 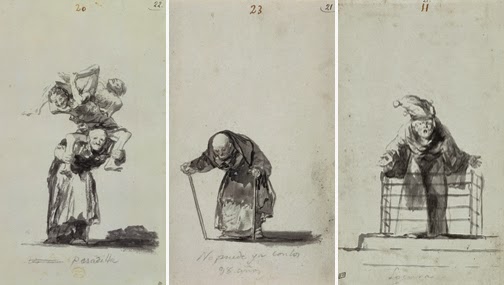 
Richard Diebenkorn is showing at the Royal Academy and although focused on painting, his paintings are the result of an intense amount of looking. His drawings feed directly into the paintings, both seeking structural purity from the chaos of perception. He is an artist that took up the mantle of Cezanne and continued to seek structure in the complexity of those 'petit sensations'. 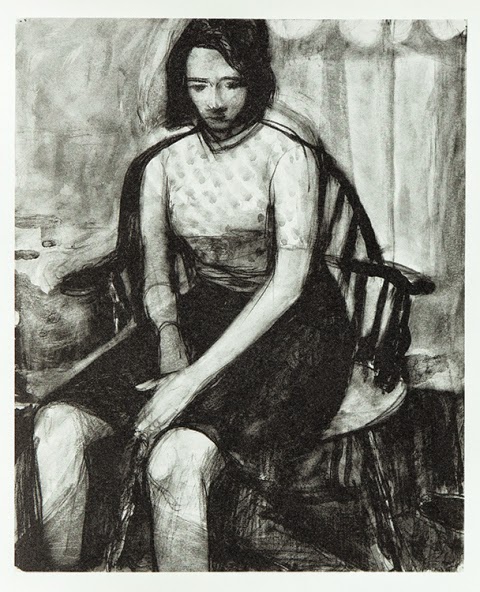 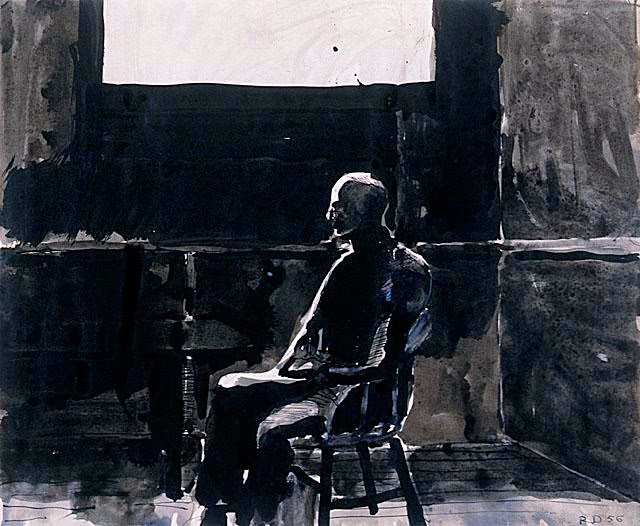 
If you are going to the RA you might also drop in to see the work of Mick Rooney RA. Rooney is a much more traditional artist, but still worth a visit. If you go to the Members in Focus section of the RA website, you will find a video of Mick Rooney discussing the place of drawing in his work. See

If you can get over to Paris Abdelkader Benchamma see is the recent winner of Drawing Now'. 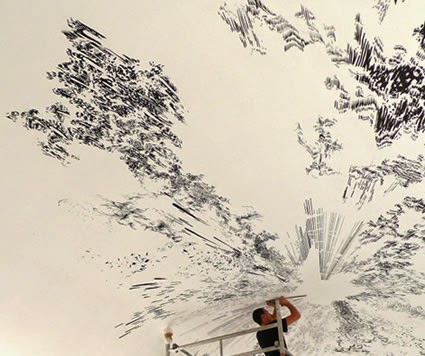 The connection with Leeds is that Henry Moore was a student there, studying with Underwood after he had moved down to london from Leeds. I also collect prints and have some originals by Blair Hughes Stanton who was also a member of the Underwood founded 'English Wood Engraving Society. 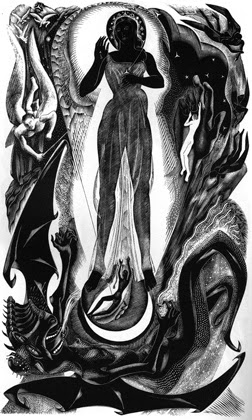 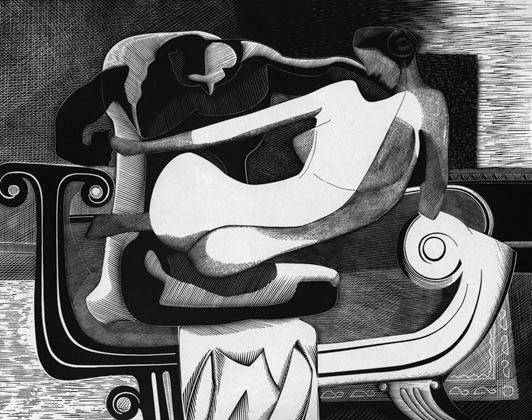 Over in New York Natalie Frank is showing at the Drawing Centre
Her drawings from tales from the Brother’s Grimm are psychologically powerful images that remind me of some of Paula Rego's drawings. Both use pastel but in different ways, Frank to create intense colour fields, Rego to establish rich local colour. Natalie Frank is a fascinating painter as well. Those of you who like Francis Bacon should look at her in more detail. 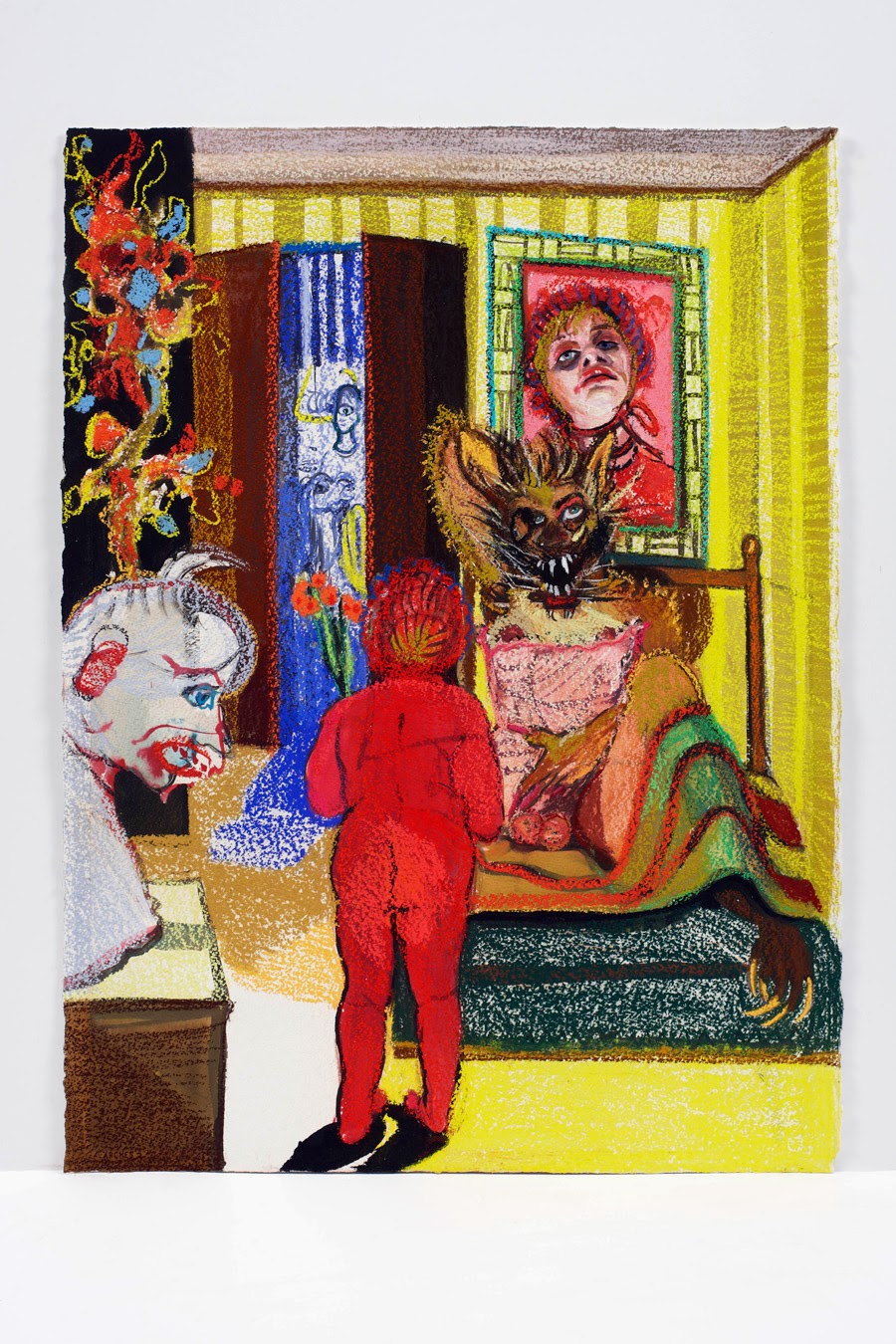 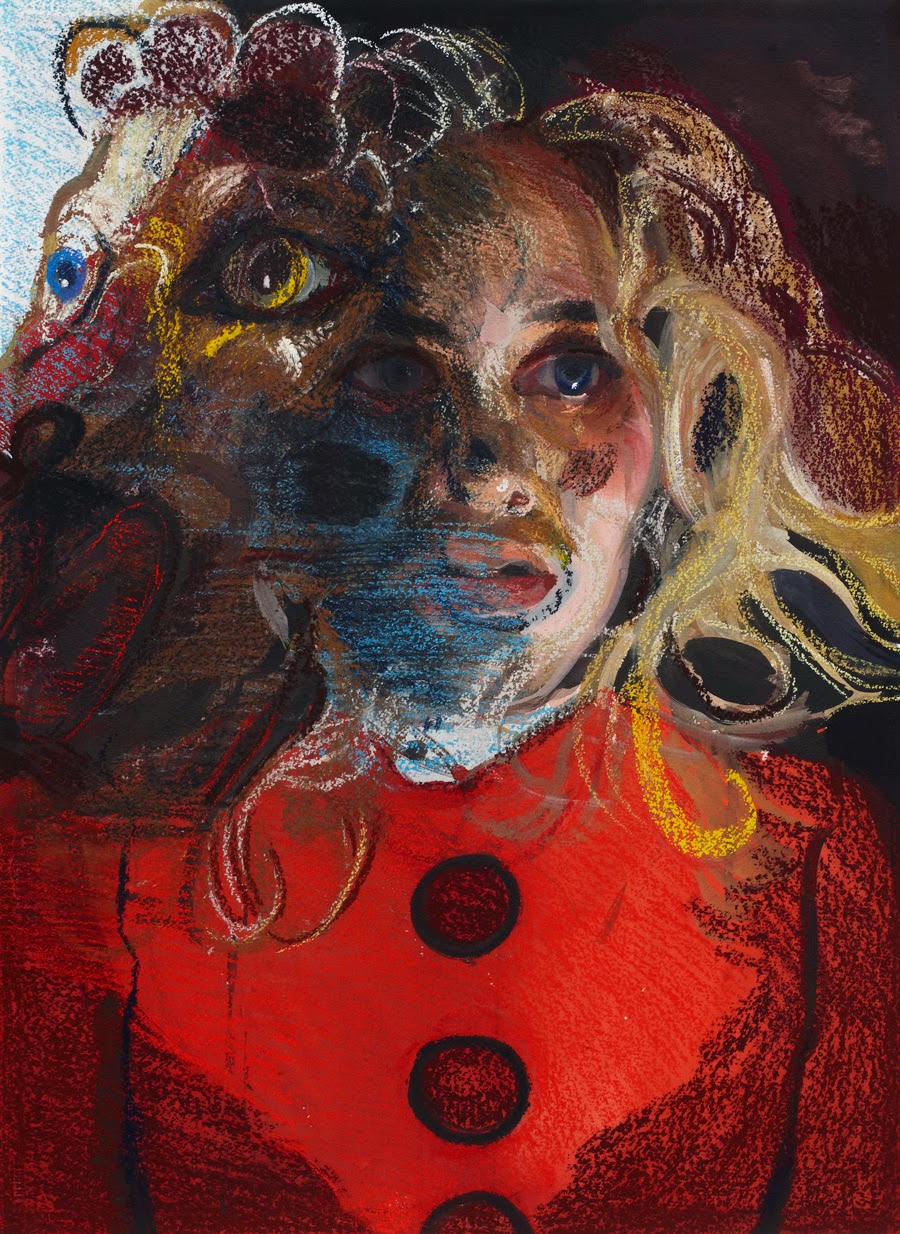 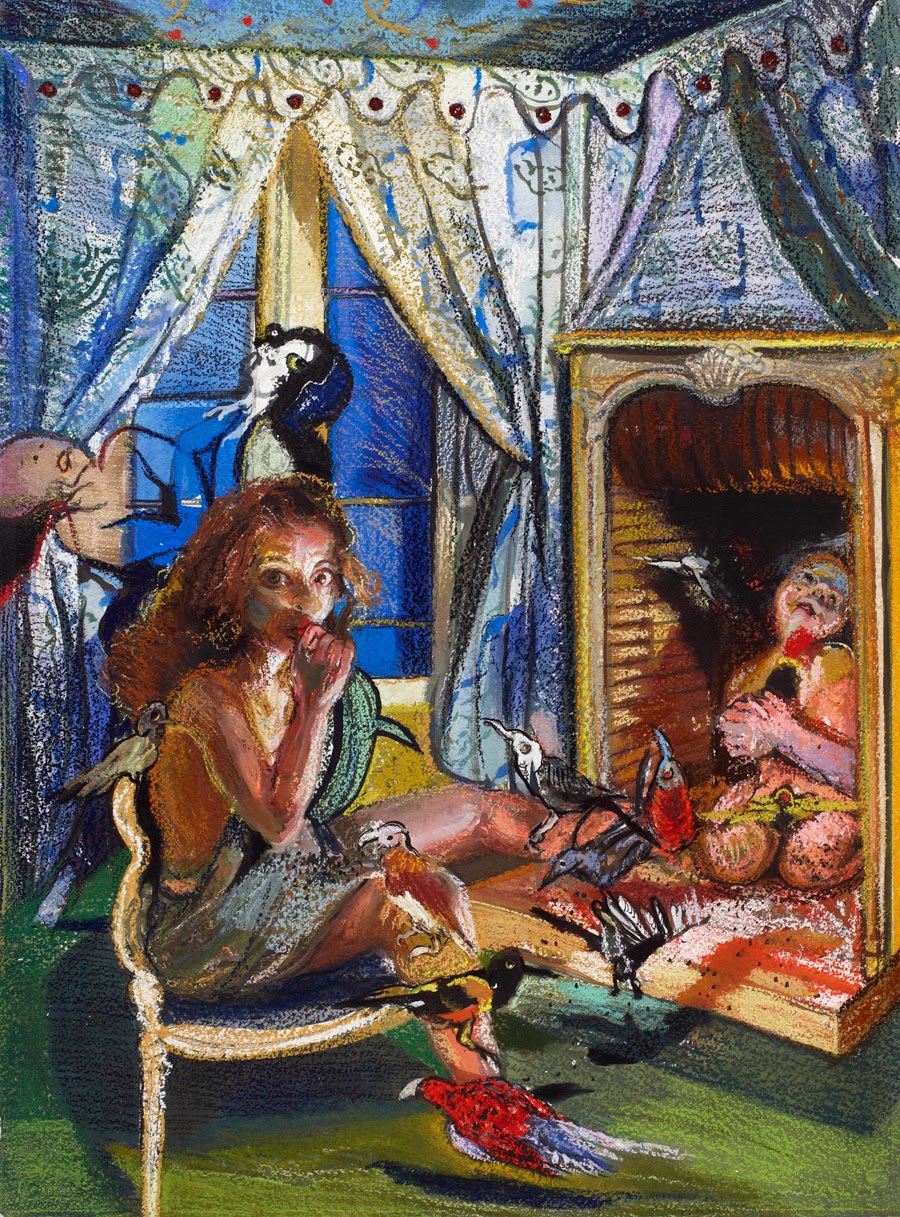 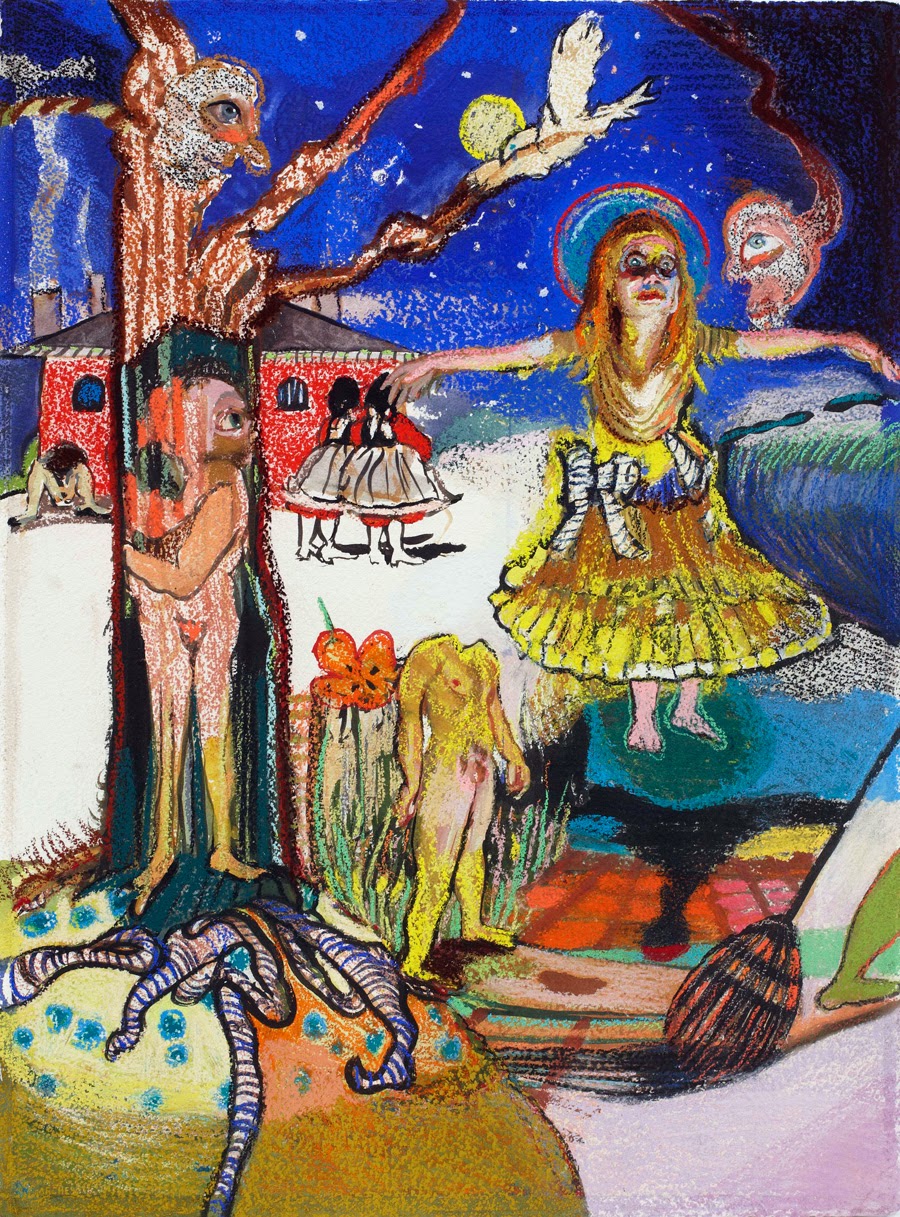 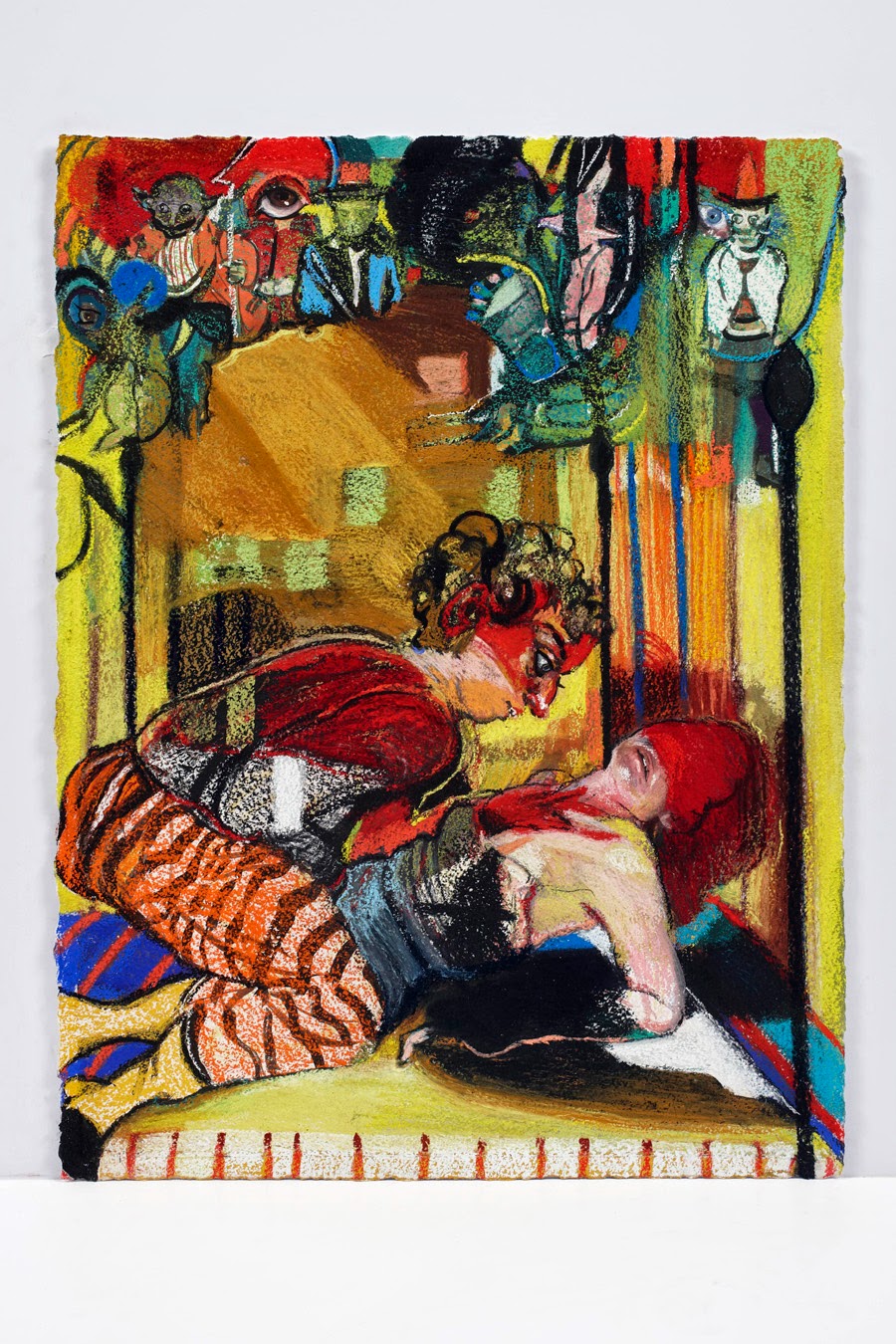 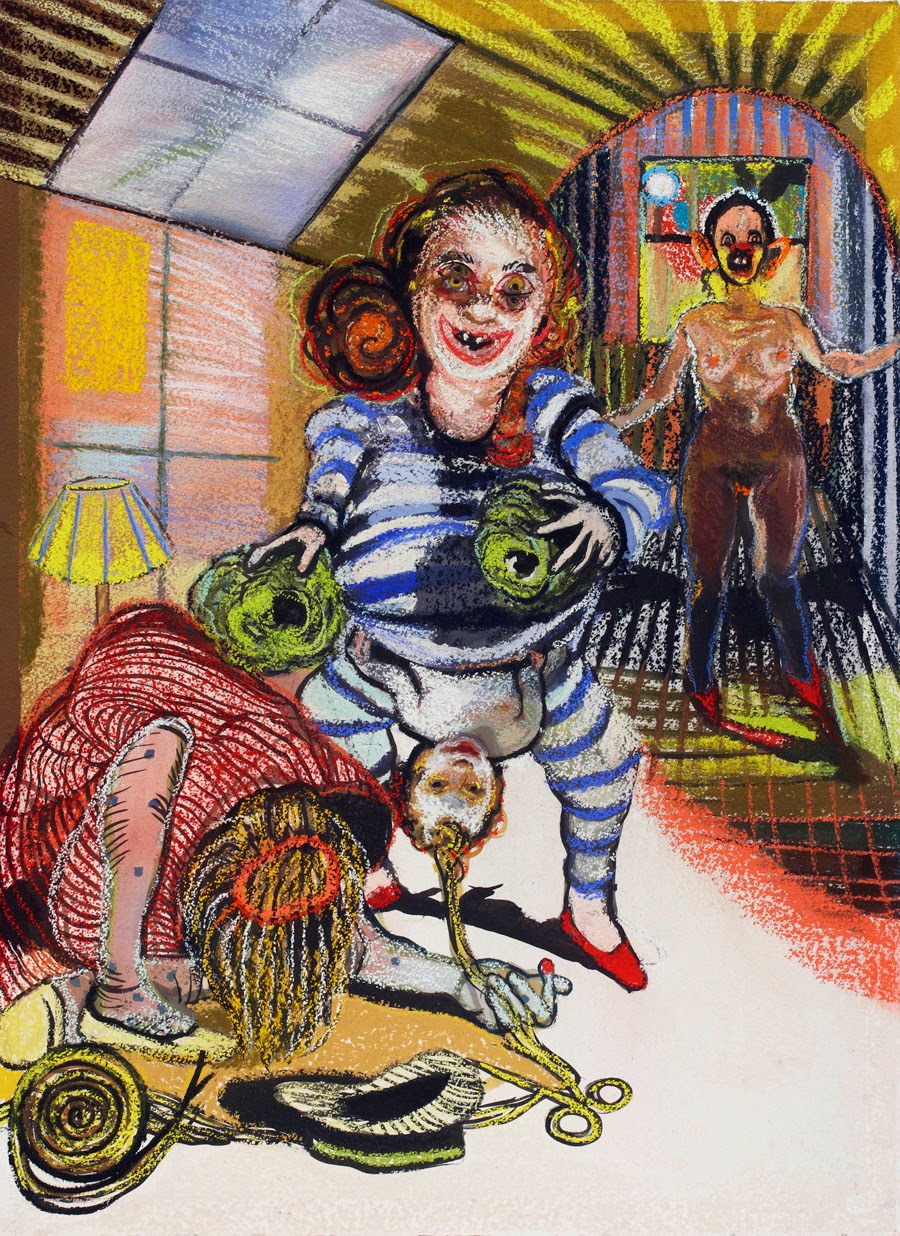 
I shall be spending time away from a computer as I will be living in a caravan on the south coast and making drawings of sea defences that have been put up in our response to rising sea levels. So don't expect another post until I return to Leeds for the final semester.

So if the weather is good why not go out and draw? 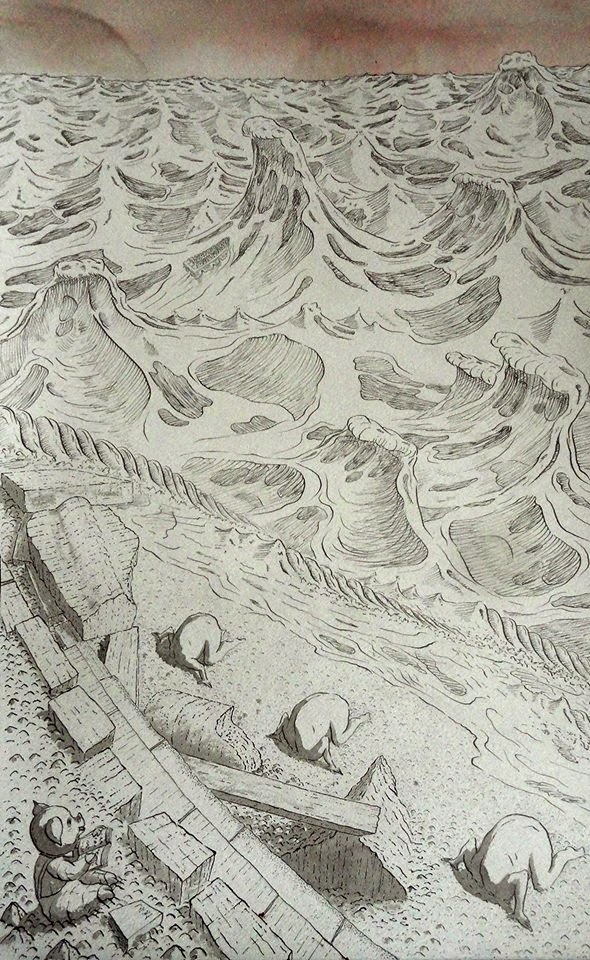 Posted by Garry Barker at 05:02 No comments:

Email ThisBlogThis!Share to TwitterShare to FacebookShare to Pinterest
Labels: exhibitions 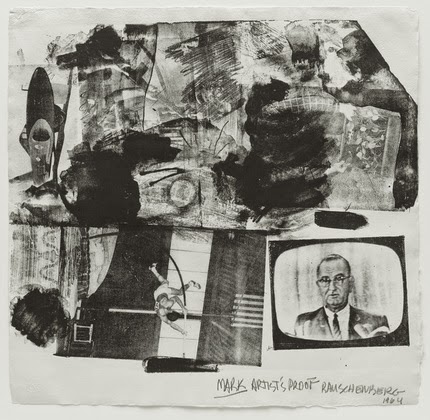 In my previous post I pointed to the fact that Rauschenberg was seen as one of the most influential artists on the 'Pop Art' generation of image makers. I was educated in art college during the late '60s and early 70's and together with Jasper Johns the two of them tended to hold an almost hypnotic hold over what was and was not interesting artwork. Johns holding court over what was then known as conceptual art and Rauschenberg over the new 'dematerialisation of the art object'. However looking back as a much older artist I tend to see them both within a much longer tradition of Western art practices that stretches back over a long long time, their innovations now appearing to be part of an ongoing tradition of always testing out the boundaries of a language in order to make sure it is fit for purpose and capable of carrying the complex narratives of the day. Botticelli's visions of the 'Inferno' relying on new Renaissance spatial representations to give them conviction, Rauschenberg on a method that made full use of the fact that our society provides so many images of itself that they in effect become 'throw-away'. 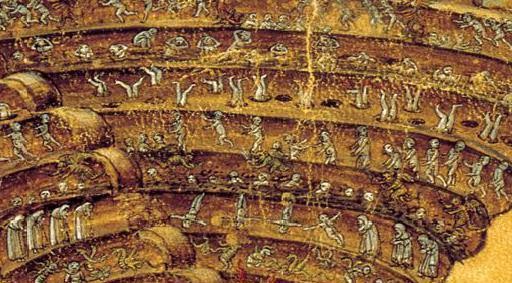 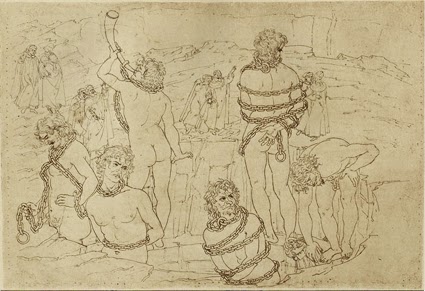 Both images above from Botticelli: Dante's 'Inferno' 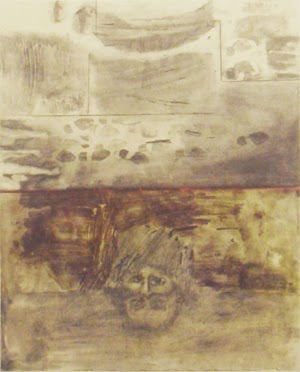 Started in 1959 and finished in 1961 these are probably the most powerful and profound of Rauschenberg’s drawings.
Rauschenberg treats our media soaked world as being an equivalent to Dante’s vision of Hell. Like many artists he is attracted by Dante’s structural vision, a coupling of an archetypal vision of the dammed with details of contemporary Italian life in the 14th century.
Many artists face the same dilemma, how to use contemporary techniques, processes and attitudes to art making in such a way that they can still tackle the grand historical themes of art history. If you can find a way to do this you can then set your stall out alongside artists of the past and see if you measure up. 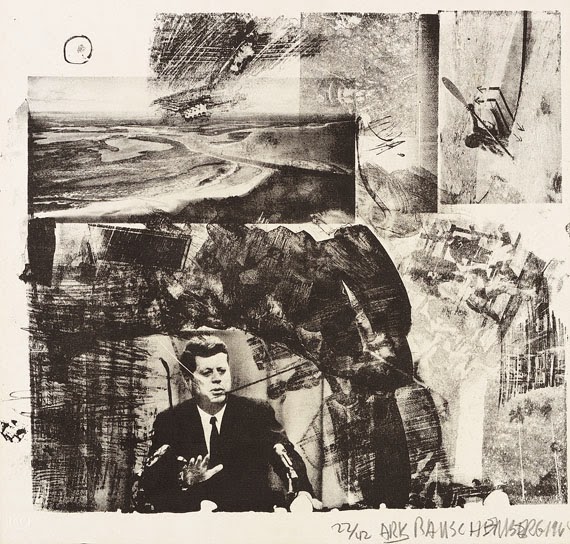 Rauschenberg’s solvent transfer drawings show us the horrors of the underworld in images that draw from many sources and use an all over, de-centered compositional process drawn from Abstract Expressionism. The all-over arrangements of forms and events in certain drawings can seem very ''post-Pollock,'' yet they can also call forth the continuous tumult of Michelangelo's ''Last Judgment'' or a painting by Hieronymus Bosch. 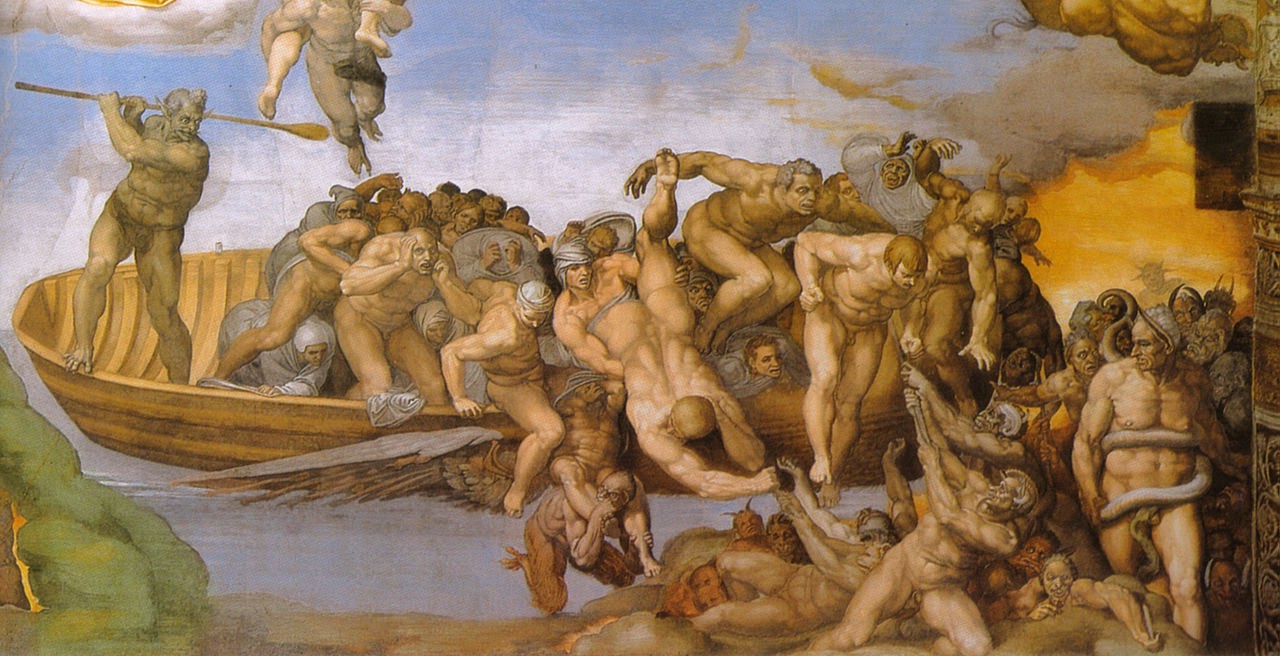 Making one drawing per canto, Rauschenberg meticulously constructed the Inferno's visual equivalent using media images from his own time. 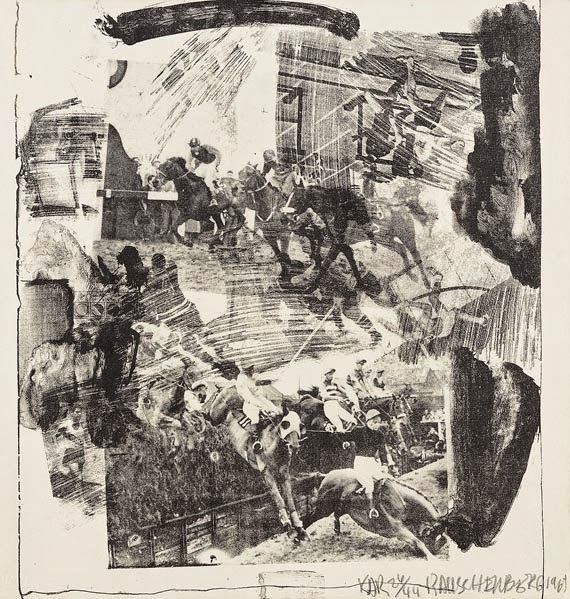 Rauschenberg's hell is populated by gas-masked National Guardsmen, weight lifters, astronauts, jockeys and men in dark suits. It includes an entrance gate that has a welcome sign, racing cars that speed out of control, modern landscapes of city buildings and athletes, many of which seem to be running for their lives.
Dante appears in nearly half the drawings as the man standing against a tile wall wearing white swimming trunks. He stands at attention as if he is awaiting an army physical or is about to take a dive. This he does quite dramatically in ''Canto II: The Descent,'' an indication of Rauschenberg's precise attention to Dante's text. 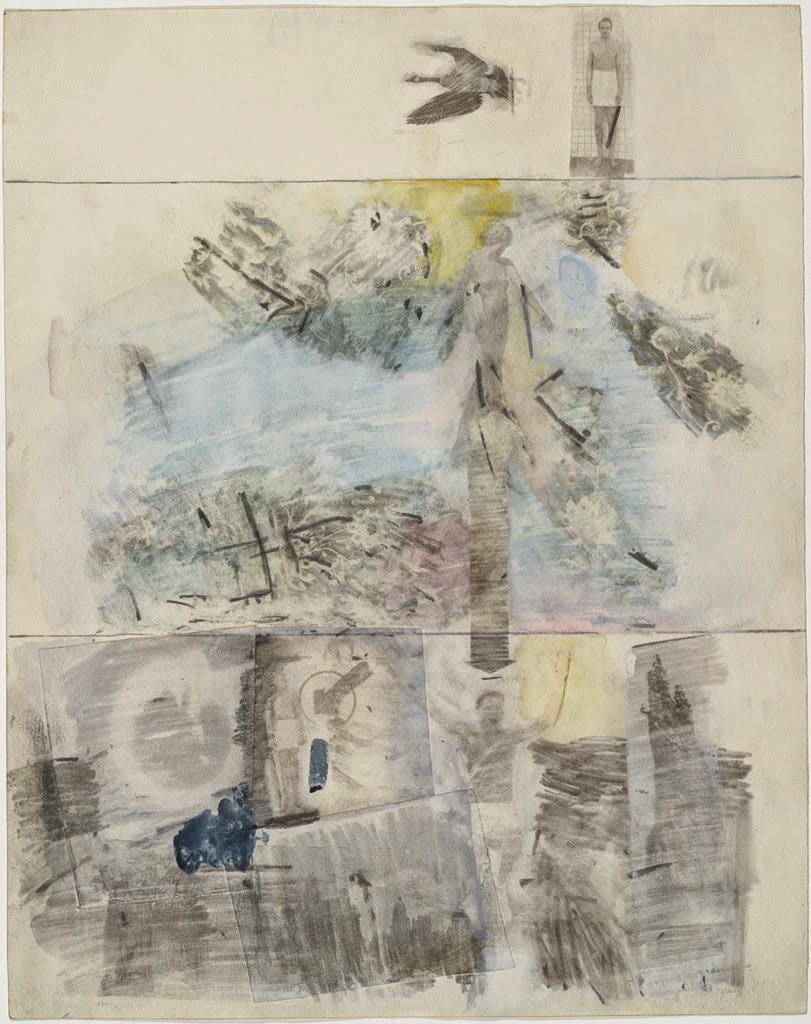 If you have a copy of Dante’s ‘Inferno’ you can use it go through each drawing and make a careful and detailed reading, when you do the relationship between titles and images suggests that everything is there for a reason. For example in ‘The punishment of the Simoniacs’ ''Canto XIX'', for selling holy offices they were stuck upside down in the ground with the soles of their feet exposed and on fire - and Rauschenberg gives us exactly that. 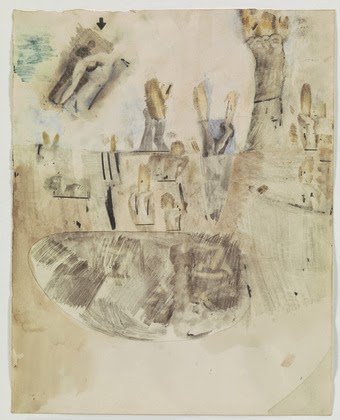 Rauschenberg: The punishment of the Simoniacs’ ''Canto XIX''
He also makes adjustments. For ''Canto XIV: Circle Seven, Round 3, The Violent Against God, Nature and Art,'' whose fate it is to wander eternally on burning sand rained down upon by fire, Rauschenberg depicts a yellow ground dotted all over with tiny, agitated figures. Above he outlines what are probably his own toes in red crayon, spelling out the Simoniacs' agony in relatively huge scale via a ''hot foot'' that overlooks the scene like a billboard at the beach. 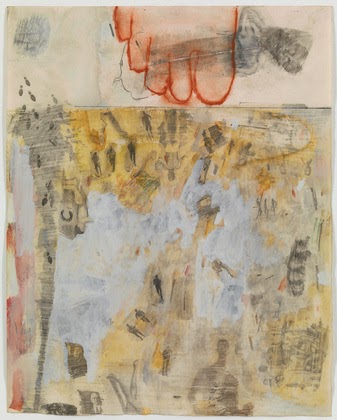 The solvent transfer technique turned out to be the perfect vehicle by which to retell Dante's horrific journey through hell, at the same time turning it into a modern allegory. In some cases the blurring of the drawing strokes gives these surfaces a dank, smoky atmosphere, in others, the images seem nearly buried in a blizzard of marks that increase as Dante, with the viewer in tow, approaches the Ninth Circle, the place where hell freezes over. 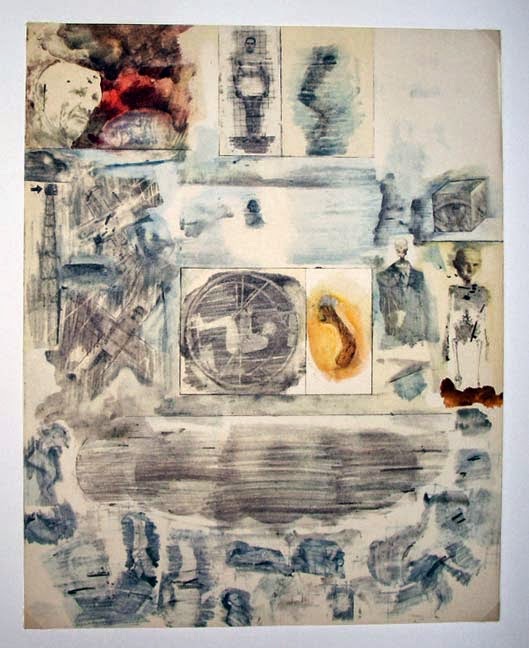 But above all, the drawing strokes are the graphic equivalent of a strobe light; they make the images flicker in and out of view, keeping everything in constant motion and creating the effect of seeing an old movie-house newsreel condensed onto a progression of exquisite single surfaces. This also creates an effect rather like watching our collective lives pass before our eyes.

For an on line copy of all Dante's text see: Dante's Inferno.

For how to use image transfer processes see: ITPs 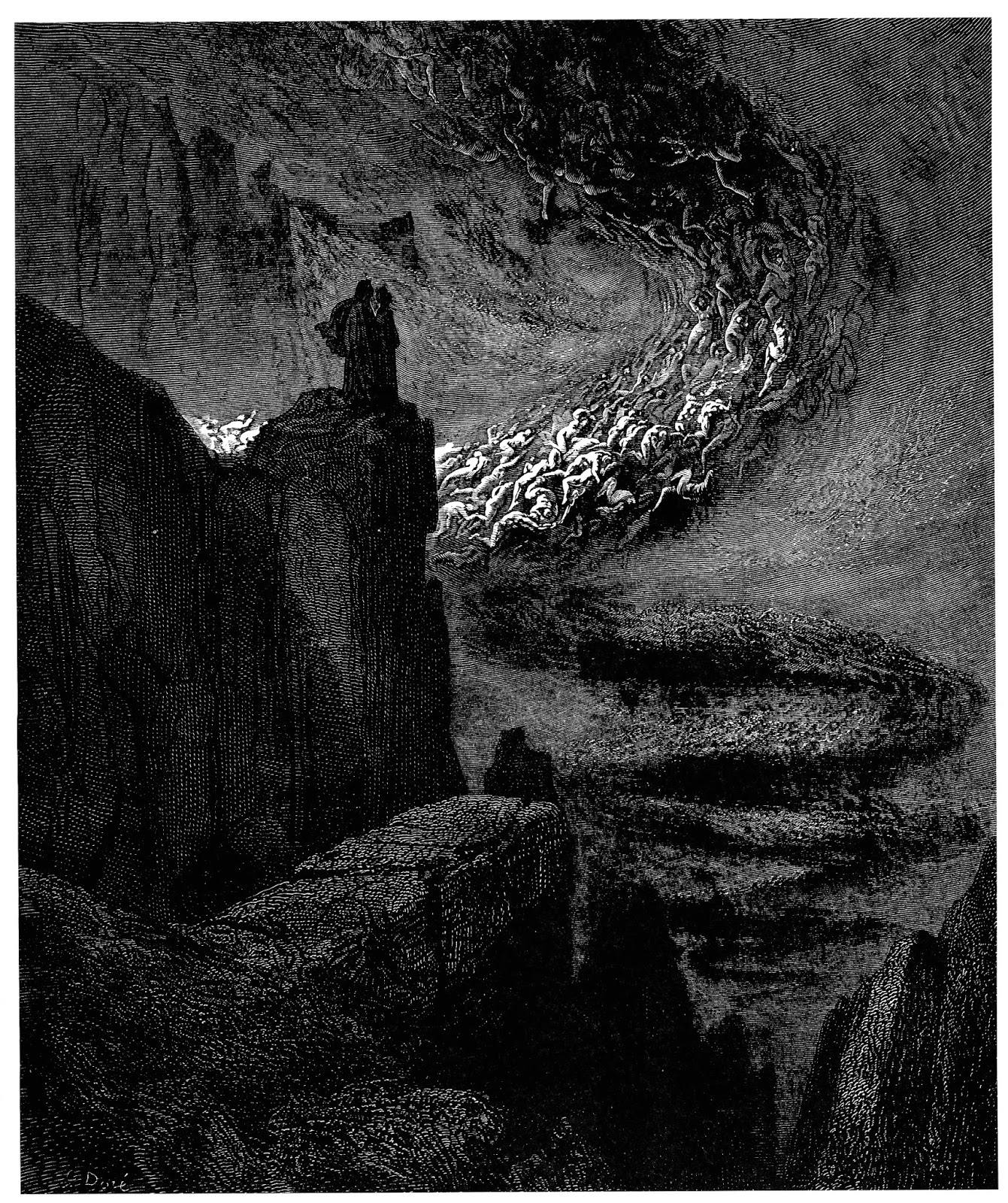 Posted by Garry Barker at 04:36 No comments: