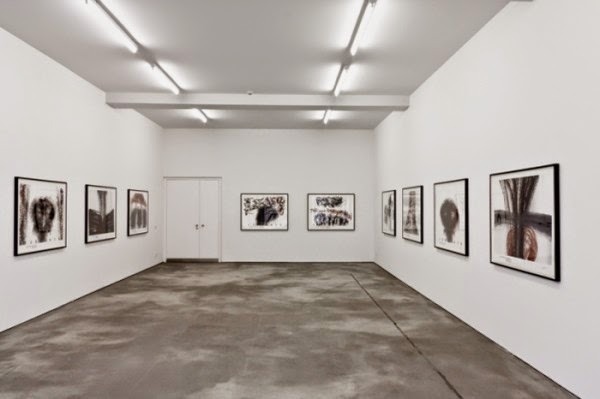 Robert Morris is a very important figure in relation to how we now think about drawing.  His Blind Time Drawings, were done over a long period between 1973 and the year 2009. The fourth series, was a group of works inspired by the writings of the philosopher Donald Davidson and because of this fact this series is often looked at more closely than the rest because it is easier to unpack in relation to the driving force behind the process. As the title of these drawings implies, they were made by the artist with his eyes covered. However the drawings are anything but haphazard, he followed a strict plan when making them, and his writings, which describe the process, are vital to an understanding of how and why he set about making them.

Morris used predetermined sets of guidelines and usually covered his hands with graphite, often mixed with oil or ink in order to have a very hands on approach to the mark-making. He would spread, smear, press and rub the marks into the paper, often whilst inside a specially constructed environment, so that it was impossible for him to see what he was doing. 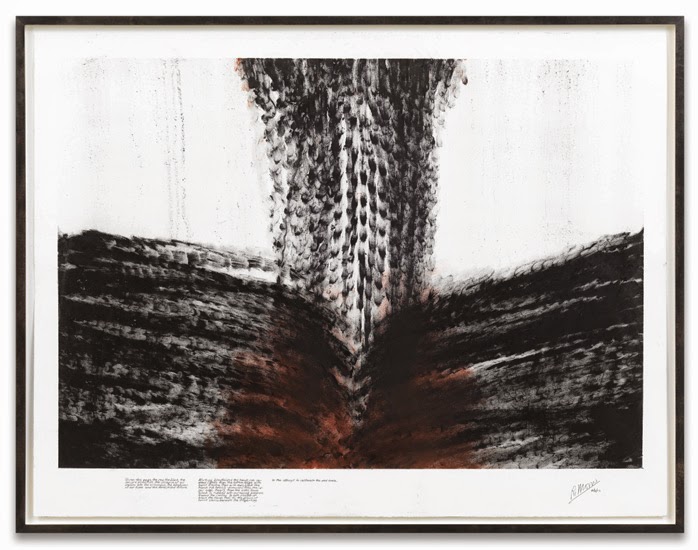 Both these drawings from (Grief) 2009 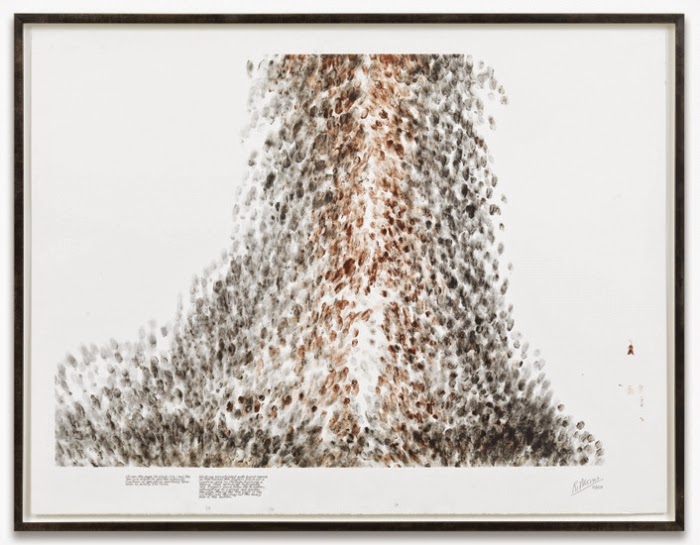 You can just about see the notations at the bottom of this drawing. He would have set a time for how long this drawing would take and a set of directions, such as, '‘With eyes closed, graphite on the hands and estimating a lapsed time of 3 minutes, both hands attempt to descend the page with identical touching motions in an effort to keep to an even vertical column of touches. Time estimation error: +8 seconds.’ Which was the task of one of the first drawings of the Blind Time I works from 1973.

In series II (1976), the artist gave verbal instructions to a thirty-year old blind-from-birth woman, known only to us by the initials A.A., who followed a similar procedure to how Morris was working. Texts near the drawings’ lower edge or on adjacent panels record the method of their making as well as the difference between the estimated and actual amount of time used. For example, “With the eyes closed the ten fingers move outward from the center making counting strokes,” is the text to accompany Blind Time I (1973), which consists of a densely layered field of short vertical marks. He added to the text a note about time, “Two thousand strokes are made in an estimated two minutes. Time estimation error: +45 seconds.”

These drawings of atmospheric graphite marks, are about process as well as product. If you look at his early work such as ‘A Box with the Sound of its Own Making (1961), you can get an idea of how he was thinking. These drawings are self-referential and are attempts to make drawings about the way drawings are made. These "Blind Time" drawings point to a disjunction between estimated and actual times, a disjunction also foregrounded through the juxtaposition of intention (as described by the texts) and result (as manifest in the drawings). This disjunction is something we all experience when involved in making drawings. Time always seems to flow more quickly when I’m lost in drawing, but I know for others it goes more slowly. The point being, that our experience of time is subjective. 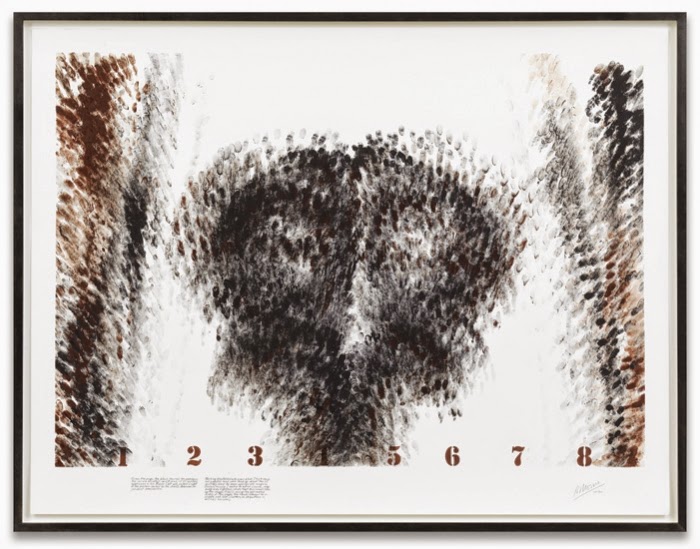 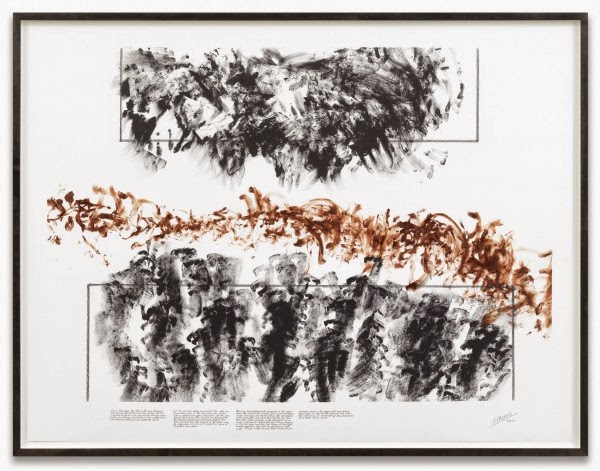 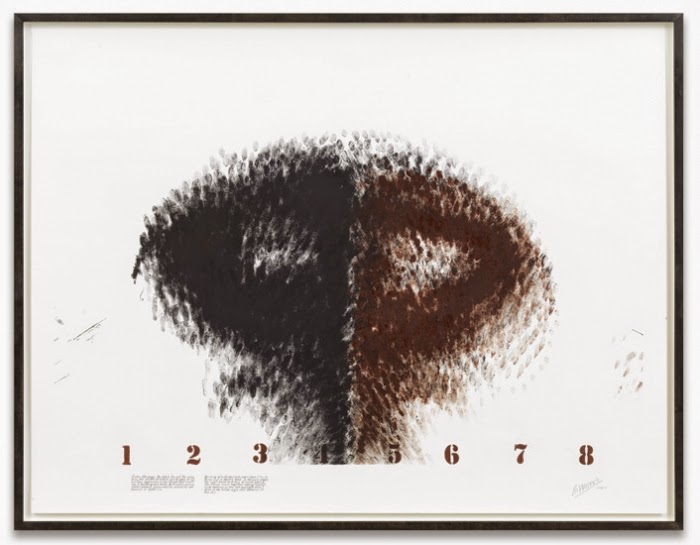 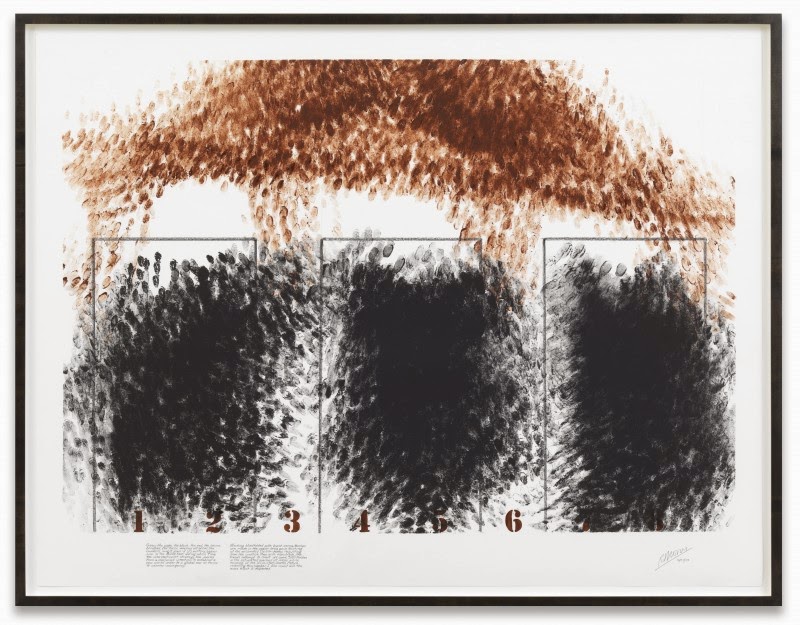 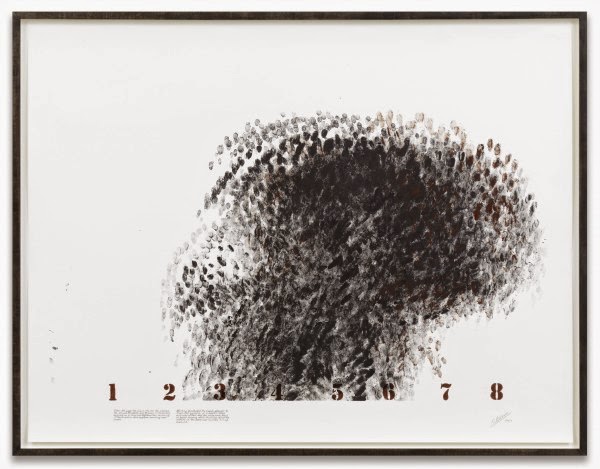 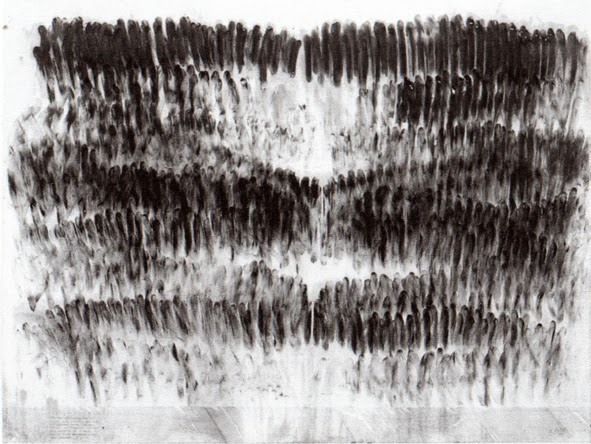 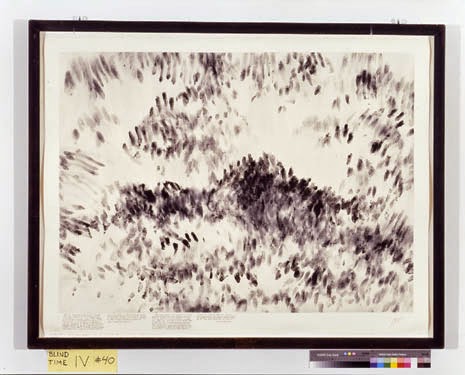 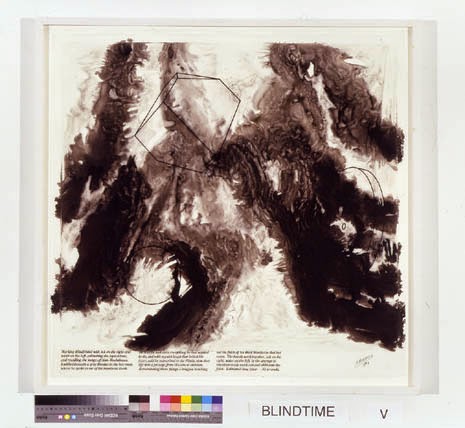 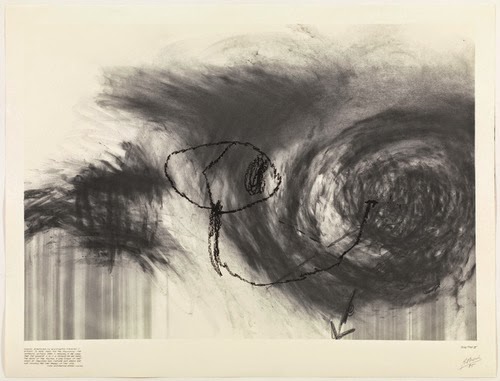